The only catch is, psalteries are played on earth, but these harps can only be played in heaven!

The apostle John, in the Holy Bible, writes of his vision of heaven: 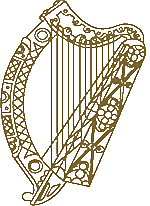 And when he had taken the book, the four beasts and four and twenty elders fell down before the Lamb, having every one of them harps, and golden vials full of odours, which are the prayers of saints. And they sung a new song… (Revelation 5:8-9a)

(Okay, so technically it doesn’t say that the harps were actually made of gold, that idea is borrowed from the lyrics of the Christmas carol: “It came upon the midnight clear, that glorious song of old, from angels bending near the earth, to touch their harps of gold:” But nearly everything in heaven is in fact described as being made of gold (including the streets), so why not the harps too?

How you can get to heaven through Jesus Christ